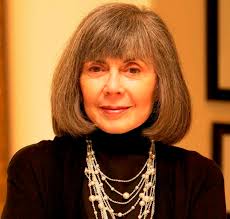 Two great minds think alike..(Yes, there is an essay in works with how Anne Rice has written cogently/extensively about Teilhard De Chardin’s theories. I’m waiting till “Prince Lestat’s” release, or when I actually can read the book, to start that essay).

Is it coincidental, a stroke of sychronistic genius, that Anne’s publication of Queen of the Damned, coincided with the late-eighties emergence of commercial internet providers? Maybe Anne Rice, suddenly had the need to extend the world of of the vampires beyond the introspective scope of Louis and Lestat’s respective histories, and make an intrepid move into the twentieth-first century. And this means that in terms of the scope of Queen of the Damned-the third novel in the Vampire Chronicles-will involve a post-modern shift to a certain type of tangible relativism. This will be the book that contains fragments of shorter conscious vignettes of unknown vampires like Baby Jenks and the Fang Gang, who are almost like the youthly, gangster rebel vampires- representations of the new generation of vampires (presaging the vampire in Charlaine Harris’ Sookie Stackhouse series)- who are dealing with the illuminating knowledge, brought by the highly visible, desperately iconoclastic hero Lestat de Lioncourt, who seeks to tear away the trappings of his French heritage, and become a visible icon in the world of the mortals and immortals. And, this type of visibility, will cause a paradigm shift, and it is the concept of paradigm shift, which is a very important theme to really grasping the implications of Queen of the Damned. Queen of the Damned is the really a twentieth-first century literary hybridized masterpiece, dealing intimately and brashly, even, with the almost, chaotic sensations and revelations that are coming about in this post-modern period.

Beautifully, Queen of the Damned is structurally modeled much like the way internet information is connected; each section of the story almost seems to model a search result on an Internet search database, which are all interrelated by one theme. On the internet with about any imaginable keyword entered into any internet search database, you can conjure pages of Wikipedia articles about previous history of a certain type of crime, for example, and find other results, matching web news stories that are covering that latest incident in real-time. Queen of the Damned predates these later innovations of the internet, and it structurally matches the scope,the far-reaching ramifications of the internet , and how Lestat’s visible act of claiming himself to be a vampire- bridges the worlds of the mortals and the immortals, while simultaneously (and unknowingly) altering the course of history altogether, causes a giant alteration to the way vampire stories are written. Anne Rice, singlehandedly bridges the world of the orthodox notions of vampires, with the more modern unorthodox ones, and deals with the connotations of the changing shape of gender politics (through the rise of Akasha).

Queen of the Damned is really the closest any post-modern novel has come to visibly reflecting the Teilhard De Chardin’s notion of the noosphere- an intangible atmospheric web representing all human conscious thought or ideas emanating, or being sourced from the Earth.  Vampires, with their telepathic abilities-can tap into this noosphere, or at least feel subtle changes, through the collective unconscious of all vampires. And Anne Rice starts Queen of the Damned by showing the effects Lestat’s paradigmatic shift of a vampire concert causes a wave of change, or disruption, like a bow-echo or ocean wave, climbing and building as it sweeps through the mental periphery of some of the vampire characters in the first section of the novel, till it ultimately crests and awakens the oldest living vampire, Akasha.

Over the course of the next few weeks, I will be parsing and unpacking my own theories about what Akasha represents for this paradigm shift, or progression, that is happening in Queen of the Damned, as Lestat, seems to be undergoing a ridiculously intrepid, absurd journey towards reaching the Omega Point (a conscious evolution to reach or tap into the mind of “God”), which culminates in Memnoch the Devil, and the journey of devolution towards the core of Hell, in a sense, continues with the subsequent Vampire Chronicle novels. This makes one wonder what Blackwood Farm and Blood Canticle,in particular, resemble, as to the progressive arc or journey, of Lestat’s attempts to bridge the polarized worlds of different sentient beings together, illuminate the noosphere that invisibly encircles the earth, and try to greatly succeed in having vampire kind and humanity, alike, reach the omega point, successfully, once again,  or maybe Lestat implicitly recognizes that type of ludicrously lofty journey to be impossible. So perhaps, the journey of  Prince Lestat, in connection with earlier installments of the Vampire Chronicles, particularly one dealing with the earliest tribe of vampires, connects the earliest, discarnate vampire entity, with the most ambitious, impetuous one of all: Lestat himself.

As we venture into the Khayman chapter of Queen of the Damned this coming week, we should continue thinking about notions like the noosphere,paradigm shift, and where we, as a species will continue to progress, if there is an intellectual, or literary period beyond post-modernism?

Since the theme of our Queen of the Damned posts is #RoadtoPrinceLestat  (inspired by the first section of Queen of the Damned being named Road to Vampire Lestat), each discussion post, posted on a weekly basis, till October 26, 2014 (two days prior to the slated release of Prince Lestat)  will deal with how Queen of the Damned deals with the first roadblock, or the first stage of a paradigm shift, in the world of the immortals/mortals on Earth, throughout the Vampire Chronicles. Is there perhaps more underlying connection between all the Vampire Chronicle books? What are your thoughts on the purpose of Lestat’s ruthless actions in the story?

Also, be sure to check out the contest details below, for more information on how to potentially win a first edition, signed hardcover copy of “The Vampire Lestat”

WIN A SIGNED, FIRST EDITION HARDCOVER OF THE VAMPIRE LESTAT!!

The following photos of the prize substantiate my claims above:

** VERY IMPORTANT CONTEST RULES:**Due to high prices for international mailing, this contest is only open to those, living either in the US or Canada. I apologize in advance for neglecting to post these rules, but they are very important, for my budget is tight. And while I would love to be able to open up the contest to all Lestat fans, living somewhere around the world, the exorbitant costs with mailing things kinda prevents that from ideally happening.

Also, the contest associated with the Vampire Lestat musical is now completely eradicated; this is the newest contest for winning a SIGNED, FIRST EDITION Hardcover copy of Anne Rice’s The Vampire Lestat.  Unlike past contests, due to my error in judgement, the contest’s winner is selected completely at random, and having the most entries on the Rafflecopter App. does not guarantee winning the contest, but only increases the likelihood of winning!!

The contest is being run to help promote my new editorial and publicity services, open to any interested Self-published writers. I don’t feel like rehashing all the details here about the reason for its development, and the descriptions of the services provided for this service, so I advise you click the hyperlinked text- A Bibliophile’s Workshop–to read more about this very exciting new service for self-published writers

**Random House recently released these new editions of the first three novels of the Vampire Chronicles, with the first chapter included in them. Click the corresponding images to be taken to the Amazon Product Page, for each of them, for more information on how to attain one for yourself!!**