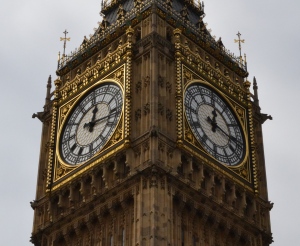 Prepare Yourselves for a Mystifying Adventure Through Time, Space, and Beyond Within the Dimensional Space of London

Release Date:  November 25, 2014-December 23, 2014: The book could release anytime within this period of time. Will Keep you Updated about everything about this novel!

Author’s Note:
I am so proud to formally  announce the details for my forthcoming  novel, Chronosphere!  This the reason for my absence, as of late, on this blog.  To be frank, it is almost impossible for my mind to pay attention to any other tasks, when I have a novel to ponder, structure, outline in my mind. It is not the best excuse, but most writers know that in this distracting world of the internet and social media, I have to be a bit isolated when I write. I cannot really read stuff for review.

With that said, I still have a few upcoming book reviews, but the volume of my book reviews will be curtailed by the writing of this novel.    One of my upcoming reviews, a review of fabulously imaginative book Miss Peregrine’s Hollow City (sequel to Miss Peregrine’s Home for Peculiar Novel) was immensely inspiring, when trying to make a scheme of the plot of the novel. It is the unrestrained imagination of Ransom Riggs, author of this series, that really set my brain afire with ideas. No, my novel is not plagiarized from his novel, but the eccentric, Anglophile qualities of his books were  the impetus behind even thinking of this novel.

There are dozens of other sources for my inspiration: my undying love for Masterpiece Theater productions, Doctor Who, Emilie Autumn’s Steampunk-inspired music, my fervent appreciation of English Gothic Literature, my unflagging curiosity about English history

Above all, it is Anne Rice’s works that very much pushed me in the direction of writing this novel, and not seeing this daunting/crazily ambitious idea as some dream from Cloud Nine. It is the world of self-publishing that I discovered, through her Facebook fan page, that very much compelled me to write something that is completely my own. I have nothing but respect for the many self-published writers I know-Greg Wilkey, Sue Dent, and Beckett Ghio (Anne Rice’s assistant)- who are some of the most passionate writers I know. I respect their strong individuality and uncompromising dedication to their artistic vision.

This is something I also notice within another large inspiration for my work, the lovely, extremely talented indie musician: Emilie Autumn. It is her music that plays endlessly in my mind-pod (my own clever name for the brain’s I-pod function that lets you listen to a song at will, with the power of the brain). Meeting her and interviewing her has shown me just how intelligent, graceful, and loving she is. I really, really respect her work ethic, and I do not think that this novel idea would have ceased to exist without her encouraging words, and her own powerfully poignant novel and music that has greatly inspired me on a visceral level.

Thanks to everyone that I have not even mentioned for your unspoken thoughts of encouragement!!
Now, here is the synopsis of Chronosphere!

On the fateful evening Mary Shelley regaled Percy Shelley’s gathering of Romanticist poets about the monstrous Frankenstein, she foretold the future genesis of a superior race of humanity in the probable future dimension of London before Darwin himself. When John Donne wrote his morbid poem “O, Death Be Thou Not Proud,” he was not having an existential crisis, but was offering a portent of the future to come in a parallel industrialized world of London, where the elite or upper crust of English society would secure the means to live forever.  The sardonic satirist, Jonathan Swift,  had the vaguest idea that his own ingenious opus, A Modest Proposal, told of a future London, beleaguered by nuclear war.

While time is represented in linear terms by the predictable progression of London’s Old Ben (the symbolic heart of London’s industrial development), the artists, the gypsies, that lurk in the dark alleyways of London know that there are many  more parallel dimensions  that exist within London’s dimensional space. It is these three English writers that play a pivotal role in showing the inter-dimensional complexity of London. More importantly,  this triumvirate of  prescient writers convey cautionary messages about English Society’s potential  dimensional demise in their respective works.

This is a story unlike any other – an inter-dimensional adventure featuring parallel lives and parallel worlds. It is the three London dimensions that these three writers have dreams about, which hold many frightful secrets about the future of an industrialized London in three disparate,parallel futures.   Charles Dickens may have written the prescient work,Hard Times, but it is these three master English writers-Mary Shelley, John Donne, and Jonathan Swift- that are beholden to the intimate knowledge of London’s many possible futures. It is their future, parallel selves, who inhabit each of these seemingly disparate, though interconnected parallel worlds of London. They are the ones (their future and past selves together), who must endeavor to salvage their morally eroded city from becoming completely and ineffably nonexistent.

Thanks, above all else, to the wisdom and knowledge I gleaned from my four years spent at the fantastic college: Gwynedd-Mercy University (formerly named Gwynedd-Mercy College).

More information, and really fun extras/updates about the writing process can be found at the newly created Facebook Fan Page for all things Chronosphere and Parallel London

If you are interested in providing cover art, serving as an editor, or something else for this novel , Email me at narniafanatic(at)gmail(dot)com.   I do not have the financial means at the moment to compensate anyone for any of these things. Since, this is still the early stages of the novel’s development; I am not in need of these things. When the time comes though, I will definitely need some help, though, in these areas of expertise. More importantly, I want to be sure I have a way of compensating people!! No one is doing any work for my novel (except me) free of charge.