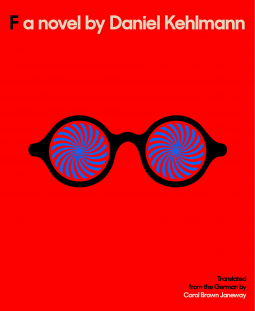 Ever since the nineteen-fifties or sometime around there, philosophy has practically been bogged down in existential vexations: questions and intellectual extrapolations surrounding the meaning of human existence and consciousness in a century that has been bursting with the revolutionary psychological ideas of Freud, or the scientific theories of Einstein. Both formulated easily recognized, momentous theories, which have throw our cozy, stable, dryly linear perception of the world into disarray. And in the disarray, the existentialists have been wracking their brains over what defines “reality,” when our minds, in of themselves, are never completely stable, but are sometimes mired in problems like cognitive dissonance, or some severe psychological condition- like anxiety,post-traumatic stress disorder, or schizophrenia- that are chiefly to blame for our more unstable perception of the world. These are the things that profoundly interest and obsess writers, during the post-modern literary era, which continue this obsession over trying to figure out the abstruse conundrums of the meaning of life, the reason or origin of consciousness. If we are living in a purposeless vacuum of space with non-celestial, planetary bodies, and organic and inorganic matter that just exists self-evidently, then what is the purpose of our lives, if there is any meaning in our lives that is, especially if our mind-set of reality is both subjectively dependent on the conscious viewer (with their own neuroses). Plainly put, the existential novel, either containing or not containing pastiche (a story that  is really combination of elements from traditional, more orthodox styles of storytelling), is very much the novel that is not always centered around a cast of characters, and a clear novel structure, but it takes up the styles set by the modernist writers, and tries harder to take these things to the next artistic level of sorts.

How does any of the aforementioned stuff, relate in any way, to Daniel Kehlman’s cerebral, sometimes purposely disjointed novel, enigmatically titled     One of the more fascinating characters in this novel, Eric, the fraudulent ponzi schemer (stockbroker of sorts), suffers greatly from a tumultuous, chaotic mind; his thoughts are always churning so much that his narrative flow of thoughts is never clear, and it is fragmentary to the point where time and place (default orthodox markers for a classic novel structure with an authorial narrator) seem to vanish entirely. We are left with his own neurotic preoccupation, with his murderous ideals, almost as if to reflect an obsessive-compulsive personality, or schizophrenic mind, where action and thought, two things that are more seamlessly bridged in tighter, more stabler minds, seems to come apart for Eric. As such, the reader must pay attention to a certain repetition of certain words just to be aware of where Eric is in the story, in a certain scene, and if there is even any tangible pattern or coherence to all his chaotic thoughts. This section, for me, wonderfully reminded me of some of the most challenging sections of William Faulkner’s The Sound and Fury, especially the perspective of the one college-aged boy, who is set on committing suicide while spending a semester at Harvard (or was the school Stanford?). His thoughts were often just as inscrutable, if read too fast, and the reader didn’t take the time to slowly put together everything

And, the whirlwind of thoughts continues with Martin’s perspective, who happens to be a priest who knows that his religious ceremonies are served as subterfuge (known only as such to him) to a group of devout Catholics, who may not be aware of Martin’s own marked doubts in religion. For someone like myself who is agnostic, Martin’s section made a lot of sense to me, especially his feelings that his duplicitous method of feigned belief for the followers, and the  deeply-entrenched doubts in his mind  compounding this, shows the psychological challenge (and even impossibility)of doubtless, unflinching religious belief in a post-modern world or sphere. One of the other monks at his church, says, that one’s faith goes beyond the limits of reason, and do not necessitate the same kind of notional belief, held by scientists or logicians. Yet, Martin cannot make sense of this logical paradox, between belief understood as faith in some forms of religion and the belief that demands evidence and corroboration of knowledge, etc. While Martin’s religious faith gives the otherwise wandering, even reclusive, socially unfit person he is a stable, even revered vocation (among some people), he still feels, constantly, on-edge and out-of-sorts, when either serving in the confessional booth or at the pulpit. He feels like a fraud, or an inauthentic person for having such thoughts in his mind.

Beyond these two perspectives, this multifaceted, and really multidimensional, literary novel really demands the reader this very difficult question for all of us: What about us, and  the true paradoxical nature of our own psyches, is really authentic, and how much of ourselves, as represented by  our  visible, daily actions, in the everyday world is inauthentic?  We are going further, psychologically-speaking, than Frankenstein and Edgar Allen Poe’s stories, in the sense that the ideas of the subconscious are now filtering even more into our conscious minds, and are becoming more ever-present in post-modern literature for that reason. While being difficult and sometimes not-so enjoyable of a read, as it is convoluted and even glacially-paced at times, Daniel Kehlman’s  F:a novel is still a deep, probing psychoanalytic, existential novel that deserves to be read, and pondered.   Remarkably,the sub-textual layers are such vast in number that this novel is bound to keep readers, prepared for a intellectually-stimulating read, focused on figuring out all the various puzzling levels of meaning of this novel, as though this novel were a literary Rubik’s cube.