As Claudia beseechingly sings in this song from the infamous Lestat Musical. We, the Anne Rice fans of this cosmos, have been wanting more adventures of Lestat the vampire, and our wish has come true, at last!!!

After last night’s dangerously exciting episode of Once Upon a Time,Lestat texted me out of nowhere. He enigmatically said, “Yo Justin B., or Justin Bieber, Sorry I had to do it, everyone else on my creator’s page does it. Check my creator’s Facebook!”

Trying not to feel too perturbed by Lestat’s dead-pan comment, I turned on my computer with trembling fingers.    So, I headed over to Anne Rice’s Facebook Page, and lo’ and behold, my one text message from the Vampire Lestat did carry some dangerously exciting news.

Reading the  shocking announcement, I felt like my soul was going to burst out of my body, rendering it temporarily lifeless!! I felt like the strangest, unearthly high-falsetto male voice was going to deafeningly ring through my bedroom, topping the high, ethereal heights achieved by Tonio’s voice in  Cry to Heaven.

This was my instinctive response. It was to freely unhinge the wildest side of me, and let the boundless, wolfish energy trapped inside of me become manifest. A transformation, with this much energy, would easily morph me into one of the Morphenkinder, letting the world around me shake and tremble with the might of my werewolf growl of excitement over this intensely exciting literary news.

My excitement grew and grew, till it disturbed the leader of the New Orleans Vampire Clan, who then sent me the following text message: “You’ll awaken Memnoch again from the heavens, and I don’t feel like having you go through the same metaphysical tour-de-force again. How about you compose yourself, young sir, and git on your computer, and type out a message to all your blog readers about this most exciting news.”

By request of Lestat, here is the news from Anne Rice’s Facebook page. Get out the champaigne!! (Or in my life of sobriety, get out the sparkling water!!), and celebrate this most momentous occasion that we’ve been waiting 11 years for!!!

Prepare the Little Drummer Boy Drum call (though, I find his drums to be cacaphonous/annoying; the very death knell of hell itself)!!!

(Indignant) THAT IS NOT APPROPRIATE MEG RYAN!!!

Straight from Anne Rice’s own Facebook abode, here is the news that will have you howling to the moon nightly till October arrives at our doorstep!!! 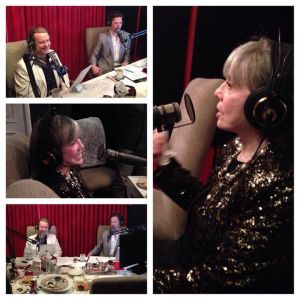 Also, here is the entire announcement in video form (preserved for posterity) Thanks to the fine gentlemen, of The Dinner Party Show establishment, for this video evidence of Prince Lestat’s long-awaited return to our bookstores!!

Want to remain aware of all the latest news in the Anne Rice universe:

The book is being released October 28th, 2014, by Knopf Doubleday, so stay tuned to this blog for the latest updates about Prince Lestat,  and other pertinent posts to tide you over the next few months till the book’s release

If you haven’t yet read her most recent release, check out my nearly spoiler-free review of The Wolves of Midwinter from late last year