On Valentine’s Day, during the year of the impending 2012 apocalypse, Anne Rice plans to release a book which features werewolves for she has decided once again to move onto to a new cosmology with a new breed of enigmatic creatures. In lieu of this release and Alfred K. Knopf’s recently release synopsis with new tantalizing details about the novel, I am launching four themed months that encompass all of Anne Rice’s supernatural creatures as “The Wolf Gift” symbolizes Anne Rice’s courageous return to the creatures of the night or the “sinful aberrations” cast out by pious society. These creatures are consciously aware that they cannot inhabit the world of daytime much like King Hamlet’s ghost or the band of twisted, contradictory witches from Macbeth

As of now, the supernatural creatures/individuals being represented are…

November=Mummies
December=Vampires
January=Witches (I’m required then to review Roald Dahl’s The Witches!!!!)
February= Werewolves (Review of Anne Rice’s “The Wolf Gift,” Posts about the philosophy of “The Wolf Gift, and hopefully an interview with Anne Rice herself)

If you haven’t already, click the book cover below for “The Wolf Gift” to read the details that Alfred K. Knopf, the publishers of Anne Rice’s books, have happily released about the novel itself: 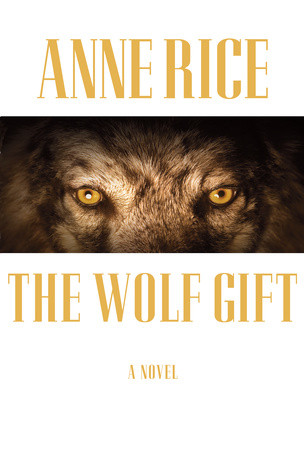