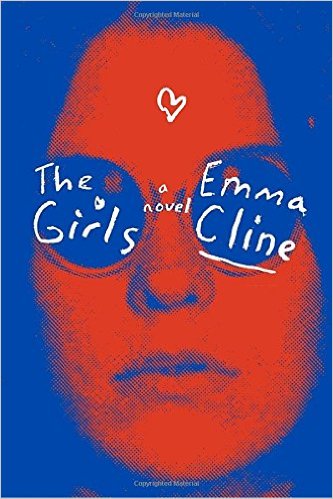 An indelible portrait of girls, the women they become, and that moment in life when everything can go horribly wrong—this stunning first novel is perfect for readers of Jeffrey Eugenides’s The Virgin Suicides and Jennifer Egan’s A Visit from the Goon Squad.

Northern California, during the violent end of the 1960s. At the start of summer, a lonely and thoughtful teenager, Evie Boyd, sees a group of girls in the park, and is immediately caught by their freedom, their careless dress, their dangerous aura of abandon. Soon, Evie is in thrall to Suzanne, a mesmerizing older girl, and is drawn into the circle of a soon-to-be infamous cult and the man who is its charismatic leader. Hidden in the hills, their sprawling ranch is eerie and run down, but to Evie, it is exotic, thrilling, charged—a place where she feels desperate to be accepted. As she spends more time away from her mother and the rhythms of her daily life, and as her obsession with Suzanne intensifies, Evie does not realize she is coming closer and closer to unthinkable violence.

Emma Cline’s remarkable debut novel is gorgeously written and spellbinding, with razor-sharp precision and startling psychological insight. The Girls is a brilliant work of fiction.

The Girls was a novel that peaked my interest as soon as I saw the cover. The trademark 60s cover, the tortured spirit of a loner main character that yearns for acceptance, and the cult she is drawn into. The circle that Evie is drawn into screams Manson girls. So of course I had to read it.

It was easy to see from the first moment of Suzanne leading Evie to the ranch just what sort of vibe the story was going to take. The characters nature and design was a patchwork dance of footprints and nods of Charles Manson and his followers. While the story in its own right had its differences, there were so many similarities. For the readers that have that dark fascination over the Manson murders, this is a novel that can pique the curiousity and whet the appetite.

Truly the story was a taste only. I felt like Cline could have gone into more detail when it came to the character Suzanne. Suzanne in the story is a force of nature but I felt she wasn’t completely defined. To me Suzanne was a watercolor where Evie was all oils. The reader could understand Evie’s actions and reasons, Suzanne on the other hand felt like such a tornado of a woman without a reason to be so chaotic.

If Cline was trying to paint out Russell’s followers to be similar to Manson’s she did wonderful. For those readers who have knowledge of the Manson murders and his followers you can see the similarity between the characters in this book and the cult members. Truth be told when it came to The Girls I wanted a bit more defined and clarified from the murders in the book to the years following. I can’t be too critical (well I can but I won’t as this is a first novel for Cline ) because I enjoyed the book. Still I really felt that it all ended at an abrupt halt. Nothing more nothing less. No more talk of Suzanne or what happened next. It leaves a girl to wonder… oh well.  If the 60s and the cult are your cup of tea like it was for me, check it out. The novel is a lovely cup until you hit the dregs of the end. Until next time readers!