Message from Blog Owner & Editor, Justin Boyer: After months of non-activity due to a full-time employment, I am finally prepared to sink back into blogging during my down-time, and the return is accompanied by a special interview with NY Times bestselling writer, Barbara Taylor Bradford, well-known for her best-selling drama title “A Woman of Substance”

I’m not known for setting feasible, or achievable, goals, I’m the trendsetter for making impromptu writing decisions, even if things on the surface have the veneer of being structured and well-organized. But nevertheless, my goal, beginning today and continuing throughout the summer is to have a blog post, a new book review, every Monday, showcasing what books I’ve been reading during my commute to-and-from work. Note that my reviews may be  much shorter in length, especially any posted during the middle of the week.

With that said, enjoy this return-to-form post with an interview again with writer Barbara Taylor Bradford, an esteemed bestselling writer, whose novel A Woman of Substance surprised me not because it was substantive/earnest (it lived up to its promise), but it was a book full of depth and careful/accurate representation of the different personalities that animate the world of early twentieth century England, in a way that is as authentic as Diana Gabaldon’s masterful way of breathing live into distant historical periods. Her newest series about the Cavendon household, a household with two families whose history is intertwined, the Swans and the Ingrahams, has the same breadth of detail and realism as BTB’s first novel A Woman of Substance, but both are also very different types of stories,  representing two different points in BTB’s writing career… 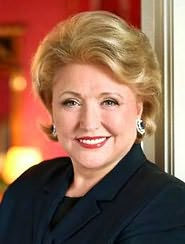 ABOUT THE AUTHOR
Barbara Taylor Bradford, OBE is one of the world’s best loved storytellers. Her 1979 debut novel, A Woman Of Substance ranks as one of the top-ten bestselling books of all-time with more than 35 million copies in print. All 29 of her novels have been major worldwide bestsellers. The Cavendon Women is her thirtieth novel.
Bradford was born in Leeds, West Yorkshire, the only child of Winston and Freda Taylor. She grew up in Leeds and worked in the typing pool of the Yorkshire Evening Post. A year later at sixteen, she became a reporter, and at eighteen was made women’s age editor of the newspaper. When she was 20 she went to work in Fleet Street, first as the fashion editor of Woman’s Own magazine. Later she was a columnist for The London Evening News.
Bradford’s books have sold more than 88 million copies worldwide in more than 90 countries and 40 languages. Ten of her books have been made into miniseries and TV movies by her husband, Robert Bradford.
Mrs. Bradford was awarded an OBE by Queen Elizabeth II in the Queen’s 2007 Birthday Honours list for her contribution to literature. Her original manuscripts are archived in the Brotherton Collection of at Leeds University Library alongside the works of the Bronte sisters. She lives in New York City with her husband of 50 years, television producer, Robert Bradford.

1)BR:Rather than ask “where did you get your ideas,” I’ll ask what was the first scene you envisioned for this series?

BTB: “The first scene I envisioned for Cavendon Hall (the first in the series) was the two little girls together in a stately country house. One of them was called Cecily. The other DeLacy. Cecily was the daughter of the Valet and DeLacy the daughter of Lord Mowbray, the owner of the estate. I had not yet come up with a surname for Cecily, but very quickly decided on Swann. I saw these two little girls in different classes becoming friends for life. And I went from there. Cecily was always going to be the main character in the series. And I knew at that time that she would become a self-made woman as a designer of clothing. I thought of her as the English Chanel.”

2) BR: Knowing how much upheaval there was in the twenties throughout the western world, why did you pick the years between 1926-1929 in particular for Cavendon Women?

BTB=”I chose the years 1926 – 1929 for The Cavendon Women (2nd book in the series) because I wanted to end with disaster. By starting in ’26 I was also able to show the fun of the roaring 20s and the Jazz Age. And many other social changes occurring. For example, women became more free, more outspoken and more adventurous. I ended the book in Sept of 1929 with the crash of the London stock exchange which happened right before the Wall Street crash.”

3) BR:Knowing how many films have been adapted out of your work, who could you picture being cast as characters like Cecily, Daphne, Alice, etc.?

BTB:”Although a lot of my books have been adapted for films, I never think about what actress would play the part of Cecily, Daphne, etc. I prefer to invent my characters from my imagination. The same applies to the question: Who would play Cecily? I have no idea. I never think of looks, but rather character. My husband, Robert Bradford has produced all the TV films and miniseries, and its up to him as to who he selects.”

4) BR: Having grown up in the area, was it easy for you to write about the Yorkshire area as a setting for your story? What type of research into this area’s history did you conduct to write both Cavendon stories?

“It is never hard to write about Yorkshire, or other places in England because I am English and I grew up in Yorkshire. So research I did for the Cavendon series was mostly about the great stately homes in Yorkshire, of which there are many, and how they came about. Who build them, and why did they build them. And how did they create the villages around the houses? I found all of that very interesting. In actuality Cavendon Hall as written by me is not a house that exists. I invented it but I was inspired by Harewood House in Yorkshire, which I have known from my childhood.”

5) BR:Is there a third novel in the works for this series? If so, could you give just a small teaser?

BTB: “The Cavendon Luck, a book I have just finished will be published in June of 2016. It continues the stories of the characters from the other two books.”

6)BR: Do you have a message for my readers for A Bibliophile’s Reverie, a very eclectic group of readers?

BTB:I would like to say this to your readers: I hope that they like the historical backdrops I am using for this particular series. I have done this in other books and think it adds a certain richness and drama to the fictional story. History and what is happening in the world brings a certain kind of authenticity to the story.

Thanks so much Barbara Taylor Bradford for taking the time to answer the above questions, my readers and myself are excited to feature you and your Cavendon series on my blog. 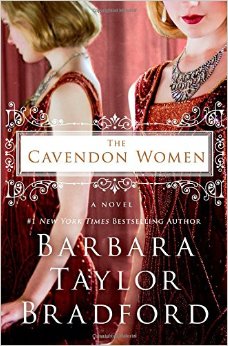 About the Book (Taken from Publisher’s Book Detail Page):
Cavendon Women, the stunning sequel to Barbara Taylor Bradford’s Cavendon Hallfollows the Inghams’ and the Swanns’ journey from a family weekend in the summer of 1926 through to the devastation of the Wall Street crash of 1929. It all begins on a summer weekend in July of 1926 when, for the first time in years, the earl has planned a family weekend. As the family members come together, secrets, problems, joys, and sorrows are revealed. As old enemies come out of the shadows and the Swanns’ loyalty to the Ingham gets tested in ways none of them could have predicted, it’s up to the Cavendon women to band together and bring their family into a new decade, and a new way of life.

Combining mystery, salacious drama, opulent settings, The Cavendon Women is no doubt a guaranteed escapist read for those that want a literary escapade with just  enough small morsels of literary intrigue and harmless sensational drama to keep you turning the pages…It is skillfully written and her characters are  endearing and distinctive enough in personality for you to become slightly attached to during the course of the story, though at times they do feel just a little too derivative at times.

Most important, there were instances where I wished for a little more depth and exploration into the more muddier, subversive elements of this period in English history, much of the rapid social changes are captured more discretely beneath the more immediate romantic and domestic tension within the household. It is certainly a story, more focused on one family, and not nearly as wide in scope,nor soberly critical of its time period as the television drama Upstairs, Downstairs ( a personal favorite of mine). Also, some of the tidy plot contrivances towards the end defied any suspension of disbelief, but then again, it is a light drama, so in many ways those kind of plot conveniences are not too different than those  liberally employed in programs like Downton Abbey.

Regardless, it is still a very enjoyable, mostly engrossing read, even if at times feeling a little limited in what areas of history it chooses to focus on and explore. Stylistically and thematically, it is definitely vastly different from  earlier Barbara Taylor Bradford novels like A Woman of Substance. But in terms of drawing you into a story, The Cavendon Women still has quite enough dramatic verve to win any fan of good escapist English drama narratives over.  For the most part, it is a moderately good read, enough to supply you with a good few hours of readings, particuliarly great for the end of a long, weary work day.