Years before, a gateway opened between their world and ours. Sending one young woman through may be the key to survival for the kingdom of Fourline.

Strapped for cash, college student Natalie Barns agrees to take a job at a costume shop. Sure, Estos—her classmate who works in the shop—is a little odd, but Nat needs the money for her tuition.

Then she stumbles through the mysterious door behind the shop—and her entire universe transforms.

Discovering there’s far more to Estos than she ever imagined, Nat gets swept up in an adventure to save his homeland, an incredible world filled with decaying magic, deadly creatures, and a noble resistance of exiled warriors battling dark forces. As she struggles with her role in an epic conflict and wrestles with her growing affection for a young rebel, Soris, Nat quickly learns that nothing may go as planned…and her biggest challenge may be surviving long enough to make it home.

A mix between Narnia and Inception but with a struggling college student as the protagonist, Brondos does a great job at keeping us entertained, feeling connected to the characters, and wanting to find out more. 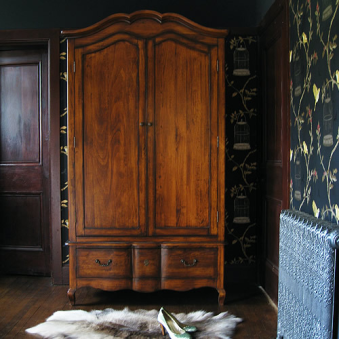 The main character, Nat, is having family problems, as her father is sick, and is struggling to pay tuition at her college. She then gets part-time job at a costume store, as her professor is the owner, then stumbles upon a reality much different from her won. But little does she know that her professor, and a classmate, have been keeping an eye on her for quite sometime, and that she is the only one who can help them restore order.

This world is very interesting and well-developed. I found it to be very believable and the magic to be thought out. The ability they have with visiting dreams was really neat.

The main character, Nat, was believable as a character. The only problem I had was that she acted like she wanted to know everything, then didn’t get all the answers she wanted, but went with it anyway, then would complain later that they withheld information. Other than that, I think her reasoning behind accepting the job was legit. She was interesting and fun to follow.

The main problem I had is that the point of view would jump within a chapter. One paragraph it would be Nat and then the next paragraph it would change character. I thought it broke up the flow of the story and made it hard to follow.

All in all, this was a really interesting story and recommend it for people who like Narnia. I give it a 4/5 as it was really good but hard to follow in some spots.