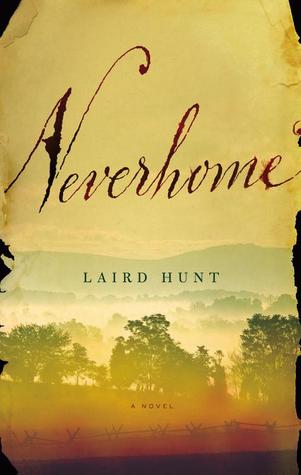 Some books, dealing with hardened female protagonists, often skimp on the deep gender introspection, and oftentimes rely on the trope of the masculinized female heroine, who must completely divest of all feminine traits, to adapt in the male world. This psychological schism or divorce seems effortless, rewarding, and at the same time, the feminine self that has been eradicated, is seen as something  impure, worthless, and disempowering. There is no nuance with these types of characters, who are jumping between two different molds of being some kind of caricature, versus a deeply developed character

In Laird Hunt’s Neverhome,  we are given a very deep psychoanalytic look at the type of woman, who must be subjected to deep duality of personality, because she is a woman, wearing the guise of a man, in order to fight the Civil War for the side of the Union, in place of her husband. As noted above,the one thing that patriarchy hates more than women (I am still not convinced the patriarchy hates women so much, as it abhors emotional sensitivity or pacifism..) is things they see as traditionally being virtues, belonging to women, such as empathy, patience, a sort kind of pacifistic resignation and consideration of violence, an ability to discern someone’s emotional worth and intrinsic equality beyond the hierarchical designation of a certain person. Of course, most deep-thinking people know that these types of qualities are not really defined by gender, and that is the main thrust of more egalitarian feminist thinking.

But, Ash, in Neverhome, really typifies a struggle, then, that is not completely unique to women or men, for she lives in a world that deeply believes that the worth of a person can be completely understood, through either the color of their skin or their gender. In order for any man or woman to survive in a deeply patriarchal world, they must repress their own supposed emotional acuteness and sensitivity, and adopt an almost animalistic hardening of the heart and mind. As a woman pretending to be a strong male soldier; Ash must force herself to become even more of the noble, highly masculine figure, when she is in war. War, in Neverhome, is a stage; a stage of  making sure to strictly behave in a certain masculine way. This is where the only ethics, are morally bankrupt, silly ethics of killed, or be killed, or it’s my way or the highway,  which all have this strange, restricted binary to it, just as much as Ash’s own struggle of choosing to be either a strong, unwavering emblem of machismo, or being someone that defies convention, and thus becomes “othered.”

And, this struggle of trying to seek out a coherent, healthy identity in the chaos of war, where the other hindrance to personal growth and ethical reflection is the fact that these things are abandoned in the course of war. Almost all war techniques is a ceremonial, almost resigned acceptance that you are merely an object, who must be used to help further some cause that you could care less about. You are merely killing other people, for the sake of giving those in power or the system you live under some reason to keep existing. It is through Ash’s own confusion and disarray of personality, which provides the reader the perfect mind-set to really explore the deeper ethical and psychological underpinnings of not just gender identity, but the notion and purpose of violence. Why must violence continue to exist? Why do we live in a world that supposedly reviles violence one moment, and then is willing to consign a large swath of individuals to the task of essentially doing just that, for very facile political reasons?

As a good book seeks to do, Neverhome offers no answer to the gender question, the muddled ethics of warfare and the complications of a Civil war, especially the American Civil War.  It is a character study, through which provides us the psychological lens to ponder various issues for ourselves. There are times that Laird Hunt’s deep, methodical work is very slow and turgid, as though the author is lost somehow in Ash’s confused muddle of a mind, trying to purposely construct some type of narrative tangent, from this mess of thoughts. But by being a patient reader, you’ll allow Ash’s story to unravel, and you may find yourself reflecting on all the same issues of either gender and war, in a world that is still very much ensconced in a hierarchical and gendered understanding of defining our humanity. This is a historical novel, that makes you ponder more than just history, but our very perception of the world around us.