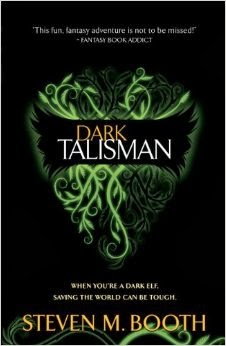 Synopsis of the Novel

Taken from Press Release for the Novel

She’s been banished from her home without a word of explanation. Assassins are hot on her tail, and she’s fleeing without a plan. On the whole, her future looks pretty grim. Then again, it’s nearly impossible to catch a dark elf. And even tougher to kill one.

Meet Altira. She set out to rob a sultan, and ended up stealing the deadliest gem in the world. This mistake could cost Altira her life – or save her race, and possibly the world as she knows it. As Altira struggles to triumph over the vast forces arrayed against her, she acquires (mostly against her will) a rich cast of unexpected allies – perceptive dwarves, giant Phoenix birds with mysterious powers, and ephemeral creatures made from nothing but air. Together they must find a way to defeat the army of assassins set against her, overcome the wrath of three nations, and forge allegiances with despised enemies, to reveal the truth to a people kept in darkness for millennia.The first installment in The Guardian Chronicles, DARK TALISMAN (Azimuth Books; October 15, 2013; An original hardcover; $16.99) takes us to the magical land of Salustra, where ageless Guardians are locked in an eternal battle with their mortal enemy: a Dark Lord intent on destroying their world. Says Booth’s editor, Deborah Halverson, of first reading DARK TALISMAN, “Booth’s authentic characters struggle for compassion and courage in equal measure, and he paints a landscape so rich I felt the urge to reach out and touch it. His story is an exquisite adventure that starts with thievery and rapidly evolves into a spirited quagmire of hostile alliances, heroes made and broken, and an enemy so powerful he commands creatures made of the air itself.”

As you’ve probably noticed by now, there is a vacancy, where there should be a succinctly written review. Unfortunately, I foolhardily started reading Mage’s Blood, thinking that was the book that I was supposed to be reading for the blog tour. It was only until this morning that I realized that I must have been sent a copy of Mage’s Blood  rather than the Dark Talisman . Unfortunately, I am sorta absent-minded, when it comes to reading books. Normally, I read around three to four different titles at a given time, being a wildly disorganized, spontaneous reader. I apologize for not providing a review, much to the chagrin and disappointment of my readers and any of the individuals in charge of running this blog tour. I’m sure the book is plenty excellent and action-packed. As such, I will try to post a review at a future date, along with hopefully a review of Mage’s Blood (the book mistakenly sent  to me)

Fortunately, I am still able to post some very exciting details about a contest that is being run throughout this tour! One lucky individual will win both a Kindle Fire HD   and an E-book copy of the Dark Talisman. Follow the instructions as provided on the widget below to enter this very exciting contest!!!!    Unfortunately, I tried futilely to embed the rafflecopter HTML text into this post. Alas, it just keeps coming up as an unexciting hyperlink.