Survival Kit for Asteroid DA14 Day
(Well..for the asteroid that will not hit us, according to NASA)

Celebrate with these movie and books: 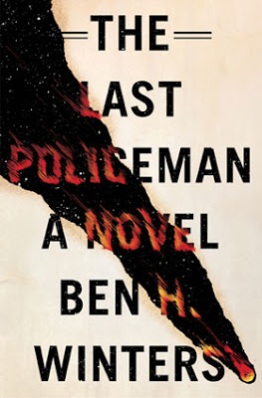 While it could have read like a conventional police procedural, Ben Winter’s awesome crime book also had an added element of danger: the impending collision of an asteroid that may foil anyone’s crime-solving enthusiasm… Read it before the next time DA14 enters into the orbital tract

As you’re biding your time before the next real asteroid collision, watch this crappy movie and remind yourself that impending apocalyptic doom can offer campy euphoria!

Life as We Knew It

While this story is mostly about the highly improbable of the moon (hearkening to the terrible Time Machine  film from nearly a decade ago), this book does a great job fashioning a highly believable story about the human face of apocalyptic disaster.

Apologies to Melancholia fans! This movie really puts the futility of our lives into a melodramatic/nonsensical perspective  I give you Melancholia-the most absurd, pretentious movie that would make any emo person cheer with masochistic glee.  (Yes, the very nature of art is counter-intuitive . when we realize how meaningless life is….)Its just so terrible that the movie even metaphorically commits suicide by the end because it cannot suffer the pangs of its miserable existence. Watch this if you ever wanted to see hyperbolic gloom be reenacted on the screen in such laughable, overly dramatic ways.

Watch with either awestruck horror or pure, diabolical laughter as Melancholia  commits suicide. When the world ends, shut off Mozart, stop reflecting on any meaning in life, and make a tepee out of sticks…The movie is about to do something unprecedented: Commit Suicide!!

When you’re laughing at this film.. Beware of Mr. Mcnitpick…