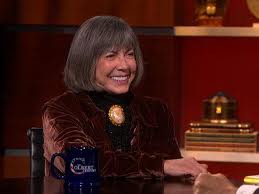 Author’s Note: Since I’ve just begun an internship and classes this week, my blog is not a strong priority right now. This does not mean that I won’t be making updates; they just might be more infrequent  over the next few months. Anyways, I really wanted to share this wonderful interview I did with Anne Rice about the issue of the growing domesticity of vampires. One of the grievances of readers of Deborah Harkness’ fantastic series was the fact that her vampires were suspiciously lacking certain well-known classical features. Of course, Anne Rice deviated from the classical formula by allowing her vampires to view and admire their own reflections. This display of vanity was purportedly denied to the more monstrous incarnations of vampires because they are to remain tragically unaware of their own decayed state.
Within many of these older tales, monsters supposedly have self-recognition issues. Antithetically, Frankenstein only garnered knowledge of his own monstrous state through the affrighted response that others offered him, besides the blind man who has the incapability of sharing in the collective fear that others have of Frankenstein’s superficial display of monstrous features. In many ways, Frankenstein was revolutionary in the fact that Mary Shelly tried to psychoanalyze monsters before Freud later even introduced that concept into our rapidly expanding body of scientific knowledge.

For many years, I’ve wondered why  modern vampires are currently envisaged currently as sensual beings that are aesthetically-pleasing. Due to Anne Rice’s ingenious alteration to the mirror rule for vampires, her vampires are well-aware that they superficially appear as dashing,suave appearance. They have the talent of utilizing their preternatural senses, along with this facade of transcendent humanity, to succor gullible, inquisitive humans into responding to them in ways that are contrary to their nature. Just as vampire are inherently “abnormal,” humans act in unpredictable ways when they effectively succumb to the preternatural powers of these vampires. Anne Rice effectively made the vampires the hybrid of Dracula and Frankenstein, by combining the  morally dark vampire character  of Dracula and deeply tormented figure that is Frankenstein’s monster.

Deborah Harkness allows vampires to be tormented, but she also allows them to assimilate into human society. The large overarching theme of the “All Soul’s Trilogy” wonderfully reflects our modern plight of how society remain stable, whilst permitting the diverse populations of a pluralistic community to freely express themselves. This is the modern conundrum, and I love how Deborah Harkness bridges this conflict to the past within her second novel “Shadow of Night,” and shows the remarkable similarities of the conflicts that existed in both the past and the present. I really don’t want to spoil any specific information about the novel, but it really is a book that should be read, even if you have reservations about the way Deborah Harkness domesticates vampires, but still allow them to be deep, puzzling characters that continue to elude the reader.

Anyways, here is Anne Rice’s response to some questions I posed about this interesting evolution:

Interview with Anne Rice:
1.What is your theory behind the growing domesticity of vampires? Do you seeing yourself as playing a significant role in influencing this phenomenon in recent vampire novels?

Anne Rice: Well, obviously vampires are culturally up for grabs.  Different writers are envisioning them in different ways. We know this.  They started out as menacing and dangerous aristocrats in the works of Polidari, LeFanu and Stoker.  I followed in that tradition with Louis and Lestat and Marius, but exploring them as tragic heroes, suffering souls of acute sensitivity and vision who acquired great wisdom as immortals.   Then American writers began to domesticate them, presenting them as high school kids, small town dwellers,  ordinary people hunting their victims in every day places.  And we saw as the result, the great Jane Eyre myth (female encounters older mysterious menacing male who proves to be her lover and protector) developed by Stephanie Meyer in an everyday high school setting. Quite a creative coup.   And Charlaine Harris’ highly creative visions of vampires in a Louisiana small town became quite campy, satirical and hilarious.  —  Myself I have not participated in the domestication of vampires much.  Even the little biker character, Baby Jenks, in my novel Queen of the Damned is part of a larger mythos and is used to view the huge mythic framework of vampires and their destiny.   —-  I love to write about exceptional beings, and what makes them exceptional.  I am not an author who offers insights into “ordinary guys” or how vampires become ordinary guys or how ordinary guys become vampires.  I’m too hooked on the heroic, the alienated, the larger than life psyche.  Of course I see my heroes as metaphors for the predator, the alienated one and the hero in all of us.

2. Vampires have become complicated lovers for select humans, philosophers, musicians, and many other uniquely human roles; what do you think the next evolution of vampires will look like? Will they still be “vampires?”

Anne Rice: I have no clue as to what the next evolution will be.  But I do feel the vampire is here to stay in English language literature.  He or she is like the cowboy, frontier person, or detective — a vivid and wonderful type that readers love.   And I have every confidence in the creativity of English language writers.  We’ll see some amazing things.  Is there more explore? Yes, much much more.  I learned that when writing the Wolf Gift, even though it wasn’t about vampires.  I had to think like an immortal supernatural monster in 2011, and I realized that there were new enemies to confront: technology, modern crime analysis, and the greedy interest of science in anything that might promise immortality.  So on it goes.

Again, Thanks Anne Rice!! You are always so obliging to your fans. There is a reason that your fans have great respect for you.

Anne Rice Month is winding down… but a review of “Shadow of Night” will be posted on Friday. Also, I will post things that I neglected to post throughout September; therefore, I have just contradicted myself by saying that Anne Rice Month was winding down….I hope to post my feature on Frankenstein’s Monster next week, along with my interview I completed for it.

Additionally, I have some really nifty magazine scans to post for a final post about the history of the Anne Rice Vampire Lestat Fan Club!