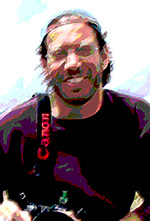 1.FF:Within the fantasy genre, there seems to be a dearth of historical fantasy books. A fantasy book that is set during the time of the American Revolution is especially difficult to find. There are myriad number of fantasy books that are based off Arthurian legend or completely focused on elements of European History exclusively. Why did you  ultimately choose the “American Revolution” as the setting for the novel?

D.B Jackson:Well, part of my reasoning followed exactly the same lines as your question.  I had actually written this book first as an alternate world fantasy, and then, after discussions with my editor, decided to change it to a historical.  The original idea for the series came from something I had read about thieftakers operating in London, and so my editor suggested that I set the book there.  But my feeling was that there were already plenty of books set in England, and I wasn’t interested in writing yet another one.  So in a way, I was looking to be a bit different.
But I was also interested in, for want of a better phrase, writing what I know.  I have a Ph.D. in U.S. history, and though my dissertation was on the New Deal, I was always fascinated by the Colonial period.  And since that period was at least somewhat consistent with the time that saw the rise of thieftakers in England, the setting seemed to work well with the concept of the book.  I chose Boston because it was at the center of so much that happened in the lead-up to the Revolution, and because it had fallen a bit from its position earlier in the 18th century as North America’s leading city.  It had been surpassed by New York and Philadelphia; it was a bit seedy, a bit past its prime.  In that way, it was just like my lead character, and I liked that parallel.

2.FF: One of the fascinating parts of this novel was the historical details that supply the reader with a rich sense of realism. Whenever I have the desire to someday write a historical fiction/fantasy story, I am daunted by the prospect of doing thorough research for the novel. How were you able to strike the delicate balance between history and fantasy? Also, are there any tips that you have for aspiring historical fiction writers about the best way to make the research process not seem so overwhelming?

DB Jackson:Finding that balance you mention is absolutely crucial to the success of any work of historical fiction, be it fantasy, mystery, romance — whatever.  And, of course, there is no formula for it.  Every book is different; every story demands a different blend of historical detail and narrative to make the tale work.  I spent a great deal of time doing research on everything from British/American politics, to city life in 1760s Boston, to the workings of flint-lock pistols, to the Salem Witch Trials of the 1690s (in my book, conjurers like my lead character are often accused of being “witches.”)  But even as I did the research I knew that ultimately my problem would not be having too little information, but rather having too much.  I couldn’t possibly include every relevant detail without drowning my narrative in “facts” and making it boring for my readers.  In the end, I chose to use only those details that did (at least) one of three things:  1) Directly influenced my plotting or character work; 2) enhanced my readers’ understanding of something crucial to the story; or 3) contributed materially to making my setting come alive WITHOUT detracting from the pacing of the book.
Now, that last one is pretty vague, but it’s one of those things where you know it when you see it.  Finding a detail that just makes the setting sparkle is actually tons of fun, and if I could slip in such a detail without having to take the time to explain it, then it stayed.  If I had to explain it to make it work, I cut it.
As to what advice I would give to other writers, I would start by saying don’t be overwhelmed by the research.  Chances are, if you’re interested in writing historical fiction, the stuff you find as you do research is going to fascinate you.  I would also say, don’t take what I said before about having too much information to mean that you should skimp on research.  Having more information than I needed made the history that I do include read as that much more authoritative.  In other words, knowing too much is a good thing.  Readers can tell when research is done on the cheap; do the extra work — it will pay off in the writing.  And finally, have fun with it.  Look for creative ways to accomplish those three goals I mention above.  Seriously, you’re going to enjoy doing the research and making your setting come to life.

3.FF:In grade school, we were always reeducated about the American Revolution, but smaller, quirkier details about history were often still overlooked. I never learned about “thieftakers” for that very reason. How did you manage to find something about thieftakers? Also, are there any other unusual facts about the American Revolution that people commonly do not know?

DB Jackson:Okay, well the first thing I have to say, is that THIEFTAKER, while historically accurate in most respects, begins with two pretty huge historical fallacies.  First, my protagonist is a conjurer, and there were no conjurers in Boston in 1765.  Shocking, I know.  And second, there were no thieftakers in North America in the 18th century.  There were thieftakers in England at this time, and thieftakers made a very brief appearance in a few North American cities in the early 19th century, but there were no thieftakers in pre-Revolutionary Boston.  That is a fiction of my own invention.  It works for a couple of reasons.  First, as I say, thieftakers were common in British life, if not in the colonies.  And second, Boston had basically no law enforcement infrastructure at all at this time.  British troops had not yet come to the city (they began to occupy Boston in September 1768).  The Sheriff of Suffolk County was a man named Stephen Greenleaf, but he had no officers, no support staff of any sort.  And the night watch of Boston was made up of men who were incompetent, corrupt, or both.  So while there were no thieftakers, conditions were such that there COULD have been.  So I was able to fit my historical fallacy into circumstances that make it seem perfectly reasonable.
As for facts that people don’t usually know.  Well, most people don’t know that Samuel Adams was afflicted all his life with a mild palsy that made his head and hands tremble.  That’s kind of a cool tidbit.  And actually I find the stuff about Greenleaf and his essentially powerless position kind of interesting.  Also, there is a lot in THIEFTAKER about a guy named Ebenezer MacKintosh (real name) who was one of the street captains who led protests against the Stamp Act.  He is largely ignored in history books,  mostly because he was a working class guy whose influence was mostly over other working class guys, but he was an important figure.

4. FF:One of my favorite historical series was HBO’s Rome, though I know many of the characters were fictitious. Another challenging element of historical fiction has to be creating minor characters, who still preserve some shred of historical accuracy. Are many of your characters in this story inspired by real historical figures, or are they intelligent fabrications that could easily have lived during this time?

DB Jackson:Um . . . Yes.  There are many characters who show up in the book who are real and who played some role, large or small, in historical events of the time.  Samuel Adams, James Otis, and Thomas Hutchinson are some of the better known historical figures who have a role in the book.  I’ve already mentioned Stephen Greenleaf and Ebenezer MacKintosh.  But then there are several minor characters — Benjamin Church shows up at one point, as do a pair of ministers:  Henry Caner and John Troutbeck.  With these characters, I read as much as I could about them and then took a creative license or two when I needed to.  For instance, I found next to nothing about Reverend Troutbeck, except that he was the curate — the second-in-command — at King’s Chapel for many years and was passed over for promotion to rector a couple of times.  So I assumed that he might be a slightly difficult personality and drew him as such.
In creating my fictional characters, from my lead character Ethan Kaille, down to the most minor of characters, I tried to draw upon everything my research had told me about the city and its people in order to make them as realistic and of their time and place as possible — as you say:  intelligent fabrications.

DB Jackson:Definitely!  If you’re interested in more fantasies set in the Revolutionary period, I strongly recomment C.C. Finlay’s Traitor to the Crown series (THE PATRIOT WITCH, A SPELL FOR THE REVOLUTION, THE DEMON REDCOAT) does a marvelous job of weaving magic with actual events during the Revolutionary War.  Guy Gavriel Kay, another of my favorite authors, writes a lot of what I would call hybrid historical fantasy, in that he bases his books on historical circumstances, but then places them in alternate world settings.  I can recommend, among other titles, the Sarantine Mosaic (SAILING TO SARANTIUM and LORD OF EMPERORS) and THE LAST LIGHT OF THE SUN.  Of course there is Harry Turtledove’s classic THE GUNS OF THE SOUTH, an alternate history that imagines what would have happened if the the Confederacy had been given access to automatic weapons.  There are many other titles as well; I couldn’t possibly list them all.  But historical fantasy is a growing and vibrant field — THIEFTAKER is just one of many titles that are worth looking at.

DB Jackson:Thank you for the interesting questions.  I enjoyed it.

*****
D.B. Jackson is also David B. Coe, the award-winning author of a dozen fantasy novels. His first book as D.B. Jackson, Thieftaker, volume I of the Thieftaker Chronicles, will be released by Tor Books on July 3. D.B. lives on the Cumberland Plateau with his wife and two teenaged daughters. They’re all smarter and prettier than he is, but they keep him around because he makes a mean vegetarian fajita. When he’s not writing he likes to hike, play guitar, and stalk the perfect image with his camera.

My Review of DB Jackson Thieftaker will be posted July 3rd, coinciding with the book’s release date.