Introduction to “Magic Month”
“Magic” is a word that conjures many images in our minds of a fancifully dressed wizard,brandishing a wand, who is set on casting some kind of enchantment upon us. Within the dictionary, the term “magic” interestingly relates to any performing arts that creates illusions of supernatural acts or anything that defies the boundaries of what we safely term as “natural.” That means the art of storytelling, stage-play (particuliarly Shakespearean stageplays), and films laden with CGI effects are all magic. We’ve all heard people describe the transcendent effects of movies as “movie-magic,” thus we know that the word magic does not restrictively relate to the arcane subject of “magic” that allows people endued with special senses or psychic abilities to bend reality. Within the natural world, magic really means “illusions” that make us temporary believers within what we might term the “supernatural.” During the Middle Ages for example, many people were illiterate and had no knowledge about Latin;therefore, a priest giving a sermon in Latin held awe-inspiring power over them because those foreign Latin words seemed magical in a sense. None of these people really understood the meaning of the sermon without the aid of visual guides through elaborate stain-glassed windows or the church plays that occurred during special occasions during the year. They were pushed beyond the prison of simply thinking these stories were factual.

In Harry Potter, JK Rowling wisely chose to have her magical spells be derived from Latin because Latin was the vernacular of people who had a special connection with the supernatural realm. While it might sound insulting to some Christians, many of the Peasants had no Google, Wikipedia, or other resources that have suspended our belief in “magic.” Really, atheism and agnosticism are the natural result of the age of empirical proof being required for new advances in our knowledge. Since we are much more literate, religion has vied to pretend to be empirically proven.  The congregants are no longer mystified by the “magic” of the many Biblical myths. We no longer understand that though the mythic boundaries will be too unreal to stoically believe them to be factual, the underlying moral message has the magical property of  moral transfiguration. This is a transformation much deeper  and more powerful than the arid, literal  notion of Genesis being nothing but a “scientific idea.” The creationists are the same types of people that sought to ban Harry Potter and The Golden Compass. During the Inquisition, they literally believed in witches more than others;therefore, they ruthlessly killed people with the Dark Magic of misusing religious for pernicious purposes.

Sadly, our scientific age has demanded religious knowledge to become a species of  abstruse fact. It has been this way for some literate people for ages. It was the peasants who readily believed within the stunning mythic fabric of these stories. These stories enhanced people’s lives, in much the same way that many people are enchanted and edified by superhero stories, Harry Potter, Star Wars; these are the new magical myths that with “film magic” suspend our empirical senses, and allow us to temporarily believe in the illusion of impossible things. The Biblical myths, Greek myths, and the Roman myths have the same ability to dispel our reason and transport us to a deeper psychic reality.  The “magic” of these stories grant us solace in a brutally harsh reality, where nihilistic ideas are at bay. In “Lord of the Rings,” good magic provides us with substantive ideas of reality that enthuses our senses, while “dark magic” is a reductionist form of magic, much like fundamentalist, literal forms of religions, that makes us believe doubtlessly and unimaginatively in a hopeless idea of the world. The Rapture believers are no different than the types of rigid atheists that insist that our anomalous universe has no underlying purpose. Why should we bother making extrapolations about mystery? The whole fabric of this universe supposedly has a terminable beginning and end. Beyond that, there is the unfathomable nothingness, where all the lofty ideas of purpose and compassion become insubstantial and useless.

*This is an extraordinary lecture from Madeleine L’Engle about finding ethical “truth” in fantasy*
We need fantasy stories infused with magic to help us remember the wild mystery of the world. It certainly helped the Greeks, the Egyptians, and the early medieval Christians to survive a hostile world. Religion is not inherently evil (I quite love religion, but the dark fundamentalist wizards have ruined its magic); it is the malicious dark magicians that reduce religion to fact or really everything to “fact” without an ounce of imagination and wonder that destroy our ability to love and to acknowledge the vast mystery of the universe.In one of my favorite Charles Dicken’s novels, Hard Times,  the same fleet of dark magicians (there’s no wizards in the story, its my symbolic way of representing fictitious “dark magic” as being reductionist)  try to cruelly sever the children’s connection with the imaginative layers of life, and force children to unquestionably believe within the literal scientific ideas without wonder or emotion. This has become a model for other English orphan stories, where the antagonist malevolently seeks to destroy any imaginative grasp on hope that these kids depend on for survival.  Sadly, the people who criticized Philip Pullman’s His Dark Materials  missed out the critique on a form of organized, domineering religion that has no wit of levity, magic, or artistry. The great ethical message of those books was to teach us to respect the mystery of nature and the universe. Philip Pullman followed the tradition of the British Romanticists, who reminded of the deep purposeful, edifying effects of nature and the profoundly mysterious universe. Its a real pity that some people dismissed these series because they believed in the nominal label of “atheist,” thus these people really lost their capacity to understand the richness of art and magic. Imagine, how many people do the same with JRR Tolkien and CS Lewis? How many people refuse to read Narnia because its labeled as “Christian?” Its ridiculous how there are so many superficial barriers that keep many people from being deeply moved and transformed by the magic of these stories. Maybe, these people need to be reminded of the important message of Shakespeare’s The Tempest.

Progressively, Fantasy and Science Fiction have become a hybrid, the boundaries separating these mutually exclusive terms have become muddled. Within Anne Rice’s recent series,The Mayfair Witches, the magic of the witches is something that is based in genetics. Anne Rice has always been very knowledgeable about history, so instead of reverting magic to its traditional definitions; she has allowed magic to become melded with “science.” In science, there are many inscrutable elements that appear like magic to us, such as the elusive concept of quantum particles, these particles might not fully exist in our reality. They can flit from one dimensional space to another unknowable one. They are not quantifiable; they are the new form of “magic.” Doctor Who is a modern magician, a combination of both a scientist and a magician. He can travel through dimensional space, which would be scientific if we knew more verifiable facts about quantum physics. Since quantum physics, parallel universe, and other new concepts of space are still new; these things are in the realm of “magic” for now. Meaning, storytellers or artists can manipulate this science to cast our minds to believe temporarily in things that are the substance of illusions. Within Madeleine L’Engle’s “A Wrinkle in Time,” one of these modern magicians, curiously named Ms. Which, has the power to bend reality in a way that seems  scientific, as she permits Meg to travel across dimensions long before Doctor Who. In many ways, Madeleine L’Engle’s A Wrinkle in Time inspired the creation of Doctor Who, Ms. Which was the “iconic Dupin,” Poe’s detective that inspired the creation of the more famous detective: Sherlock Holmes.

There are numerous other concepts of magic that I wish to touch upon in later posts. For now, I’ll give you some magic-related books that I hope to review that will hopefully imbue your mind with images of things of a fantastical nature. Is “modern magic” in contemporary stories more scientific? Or are there some that are a bit nostalgic about magic that completely defies the order of natural, scientific laws? 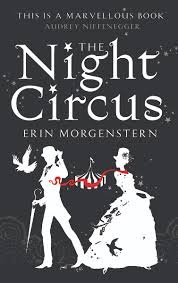